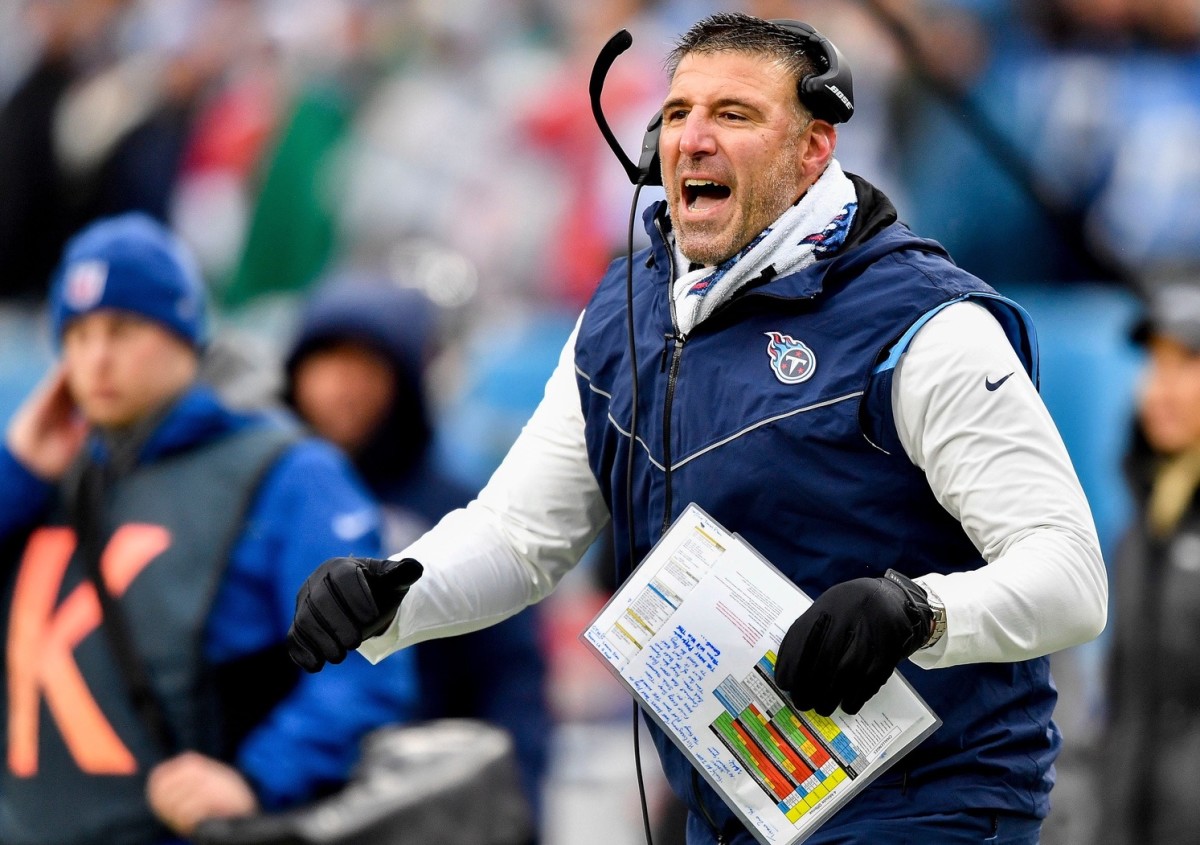 NASHVILLE – It’s been a long time since nobody talked about the Tennessee Titans as a team that could be the AFC’s number one seed in the playoffs.

After the 34-3 loss to the Miami Dolphins on Sunday, a team that had won their previous seven games, this is exactly the Titans’ position. They lead the conference standings and only need a win next Sunday in Houston to get a wild card pass and home field advantage through the conference championship.

Here’s a recap of what the players and coach Mike Vrabel had to say about their performances and the day’s developments.

• Vrabel: “We were anticipating the weather. And I thought all the credit went to the players, obviously, but the way we handled the game took advantage of their mistakes.

• AJ Brown wide receiver: “We’re not really worried about anyone else, whatever cards we were dealt. We had to win today and we won (Sunday).

• Cornerback Kristian Fulton: “We knew they were going to give it their all, fighting for a playoff berth, just like us. And we have done a good job in running our business.

• Quarterback Ryan Tannehill: “Obviously a lot was at stake for us as a team and we are so glad we came out and played well, a full game as a team. Obviously it was important for me to be where we’re at in the season and having the opportunity to win the division, first and foremost, just proud of our guys and the way we responded with the opportunity that we had in hand.

Live match, which produced 198 yards (the most allowed by Miami this season) and two touchdowns:

• Running back D’Onta Foreman: “It’s not easy to go out there and just go play 100-yard games, or just go out there and be explosive. So it takes time, you know? Do some chemistry with the other guys. But, I mean, I don’t know the man. I am so grateful for everything given to me at this point and just trying to capitalize on every opportunity given to me.

• Tight Winger Anthony Firkser: “It was exciting to watch. We knew they were going to have a lot of guys in the front with their guys in the back. Everyone was tough and tough getting off the ball.

• Vrabel: “It was difficult to sled at the start. It was hard. It’s a good defense against running. They’re putting a lot of pressure. I felt the plan was good, the finish was good. We managed a few runs and managed to get out a few at the end. “

• Left tackle Taylor Lewan: “These guys fucked their asses today. (Dontrell) Hilliard, (D’Onta) Foreman, (Jeremy) McNichols, they got away. They found holes and the boys were blocking. It’s a very good defense. Hats off to the dolphins.

About MyCole Pruitt with an ankle injury:

• Tannehill: “It’s heartbreaking honestly. I turned around and saw the referee waving his hand, then I looked back and saw what was going on and my stomach just flipped over. You feel so bad you hate to see it and you wish it could never happen to anyone on the soccer field. Yes, I will pray for MyCole, connect with him and try to support him in these next steps.

• Vrabel: “It’s awful. We all know what we signed up for and what this game gives us and sometimes what it takes away from us. And Pruitt, obviously I have a history with him in other places and He was playing well and playing physically and helping us in the running game and catching whatever we threw at him.

By winning the AFC South:

• Inside linebacker David Long: “Coming into the league, a lot of people don’t get the chance to experience the playoffs, let alone back-to-back division champions. He feels good. We still have a lot of work ahead of us. We will take advantage of it and then get back to work.

• Cornerback Elijah Molden: “It’s difficult to win in this championship. … This is the first time I’ve done this. It was fun to celebrate this with everyone. We were talking about putting on the hat and the jersey before the game, so it was fun.

• Lewan: “I think that’s the norm for us. That’s the standard we should be held to and hopefully continue to be successful in the playoffs as well. “

On what’s to come:

• Vrabel: “I think winning takes care of everything. And that’s what we told them all the time, and the mentality was that we were just getting started. We will have to prepare for a [Houston] team that plays very well and has already beaten us once this year.

• Defensive lineman Denico Autry: “We are very confident. Just to come together and keep playing the way we have been and being the defense that we need to be. Everything will be great.

• Defensive tackle Jeffery Simmons: “Our motto and the message in the locker room is, ‘We’re just getting started. “I think that will play out for the rest of the season, the rest of our race. I think the next thing is to take that win, come Wednesday ready to work and beat the Texans. Because, of course, they beat us last time, so that’s another one of those revenge things. I think that’s the mood to come next week. “