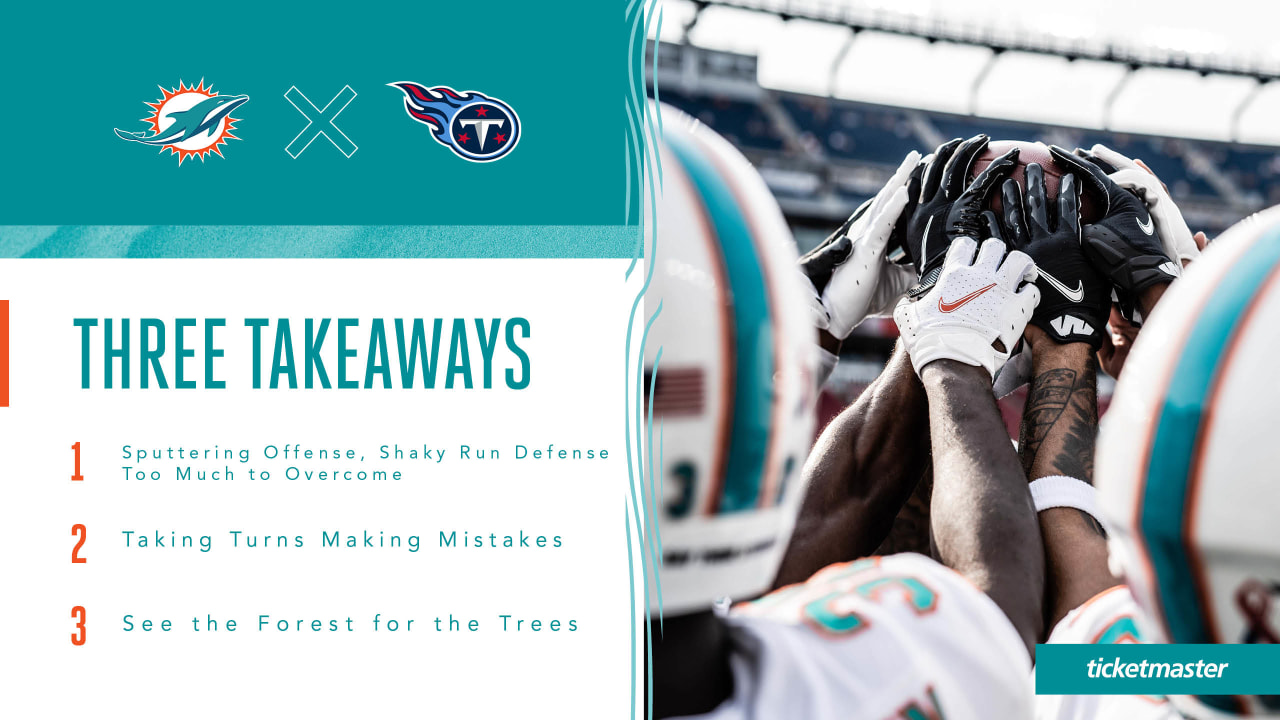 The Dolphins dug deep into Titans territory early in the fourth quarter of a 17-3 game, with a chance to bring what appeared to be one-sided competition in nasty elements to a one-scoring game. But between an attack that could not make its way into the end zone and a defense that gave up nearly 200 yards on the ground, the levy finally broke.

Punt, punt, punt, escaped – those were the results of Miami’s first four records. A fumble put the Titans in the red zone. Still, Tennessee could only create 10 split points on the scoreboard with their own back-to-back punters to open the game. The second half started off the same – with two punts from the Titans – continuously giving the offense the opportunity to reduce the lead to one score.

As the temperature dropped throughout the game and the rain started to fall, the Titans then turned up the heat on the ground. Running back D’Onta Foreman totaled 132 yards and one touchdown on 26 carries, while Dontrell Hilliard added a 39-yard rush to the end zone, but one last buffer of the day for Tennessee.

It was a disappointing performance from a defense who played well throughout the second half of the season. For offense, it mirrored what we’ve seen at other times this year.

In the second half of the season, Miami scored on 29 of 87 total offensive practices (removing the end of half practices that end in knees), good for 33.3%. During the season, their driving success rate was 29.4 percent, 29th in the NFL.